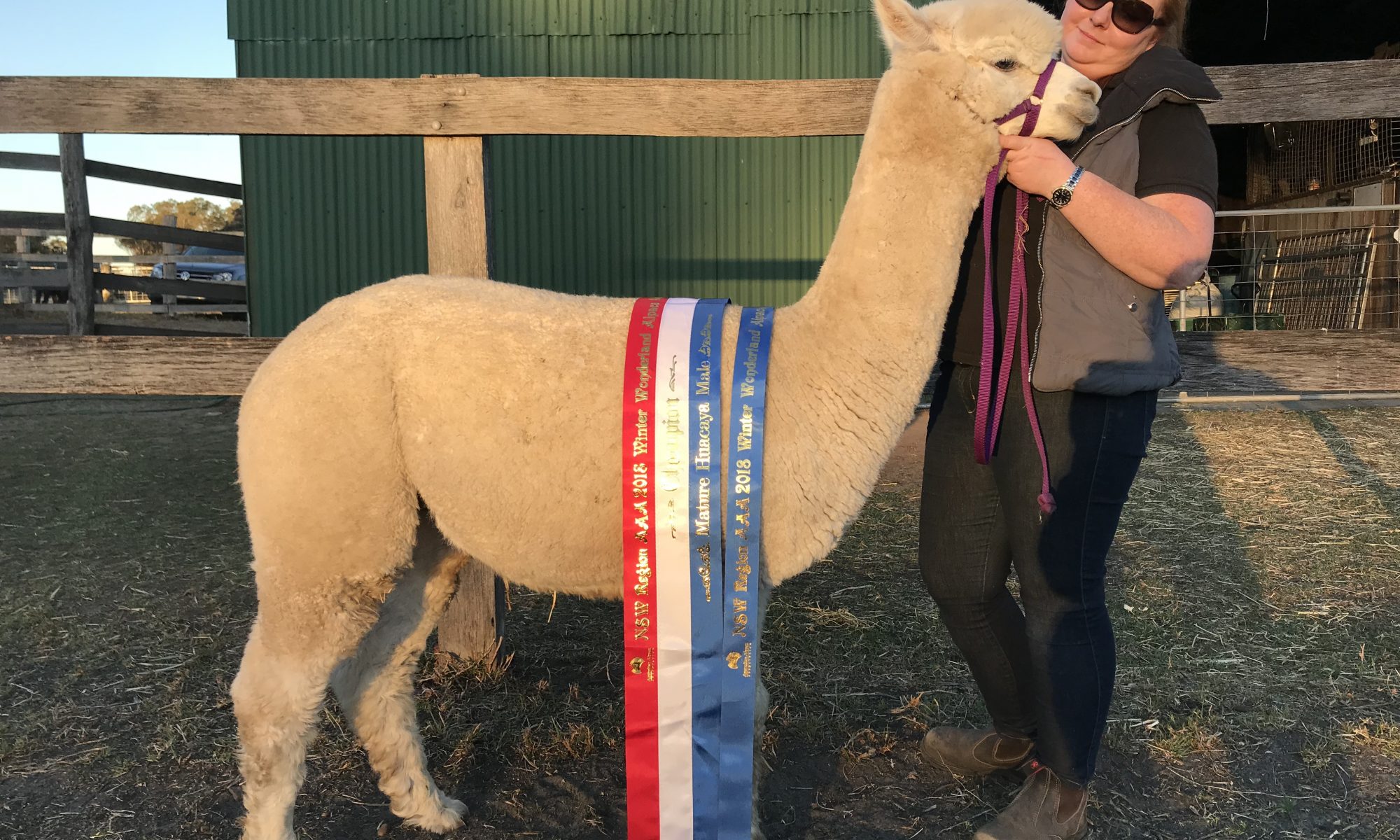 We are now offering stud services to our selection of white, fawn, grey and black  stud males.

Discounts are avaliable for matings packages( four or more matings).

On his 3rd fleece he was still 16.2 micron and holding his  3.2 SD ( grid tested).  His fleece is soft and lustrous, has a consistent crimp style  and has the most amazing greasy feel.

Sub Zero’s first progeny have arrived and are looking sensational.

Totem is a proven male with outstanding crimp style and density.  Totem has also been a standout for us in the show ring. His progeny have great confirmation and are showing similar fleece traits. He is a gentle easy to handle male and we have found his cria have the same temperament.

Powderfinger is a beautiful dark grey male. He is a proven male who has produced quality offspring.

Cassock has sired some stunning black progeny, who have made a statement in the show ring.

Co- owned with Yaringa Alpacas in South Australia. He has a lovely dense soft fleece, consistent fleece style and a great frame. Pharoahs genetics are highly regarded and we are excited to have the opportunity to add these genetics to our black breeding program. He has only just started to work but we are looking forward to seeing his progeny hit the ground in 2019.